Memes are basically just hilarious inside-jokes on the internet that are the only source of joy for some people. Without memes, they're lost. So don't be like them, and make sure you always have memes at the ready.

Wow, that went dark fast. Also worth checking out the Funny Memes Tag or the often updated listicle of the funnest funny memes -based on advanced internets.

Ever see a meme or tweet that manages to spit truth in the most roundabout way possible? Well, r/technicallythetruth is filled with funny tidbits that do just that. From punny yet accurate memes, to humorously observant tweets, this gallery gives you ample and amusing opportunities to say "Well, they've got a point." 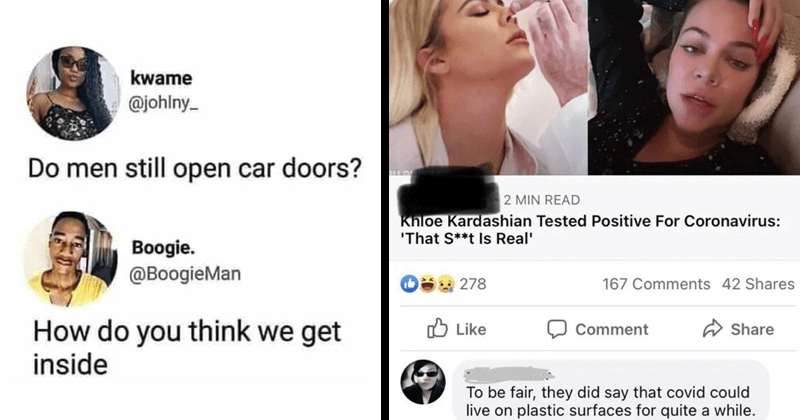 Relatable Memes For Anyone Who Is Single And Proud Of It 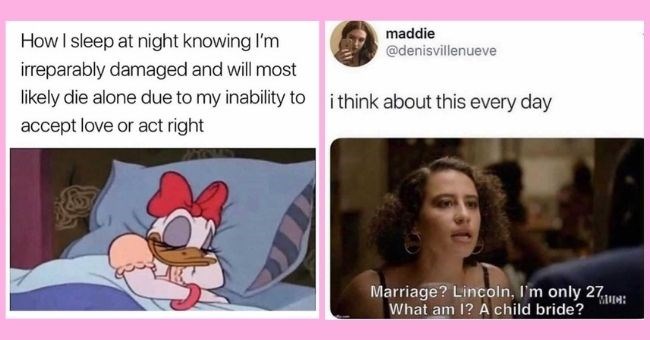 An Old Tweet That Supposedly Predicted Future Memes Has Resurfaced

Mysterious Twitter user @elpablogrande tweeted 'Enjoying the chungus among us' a decade ago and Twitter is freaking out over the supposed internet time traveler. According to @elpablogrande's profile, they joined Twitter in 2009 and have been 'Riding the Wave of Awesome since 1982!' Okay, very sus indeed! Who is this time-traversing imposter? What do they want? Who do they serve?

Since the tweet resurfaced, many have been expressing their dismay through memes and jokes. Others have their own theories that explain away the 'chungus among us' phenomenon. We've collected some of the best replies, takes and Twitter memes about the puzzling tweet from a decade ago. 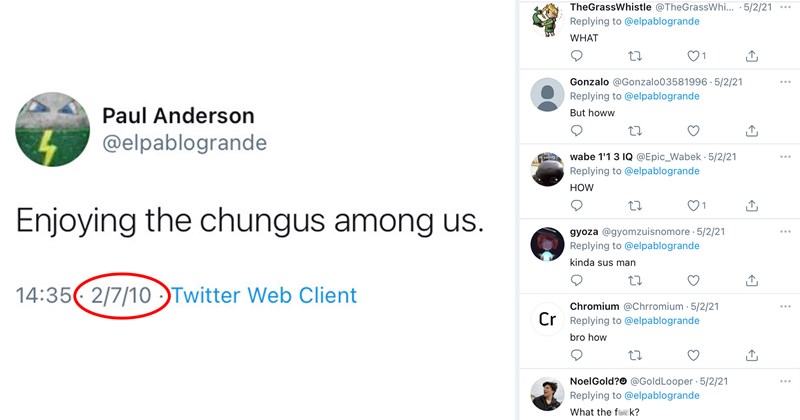 We're back with another collection of the dankest and dumbest memesaround. No theme, thesis, rhyme or reason here—if you're looking for a dissertation on post-internet aesthetics, you're in the wrong place buddy. We're all about straight up memes around these parts. Scroll along if you're craving some mindlessly random content. 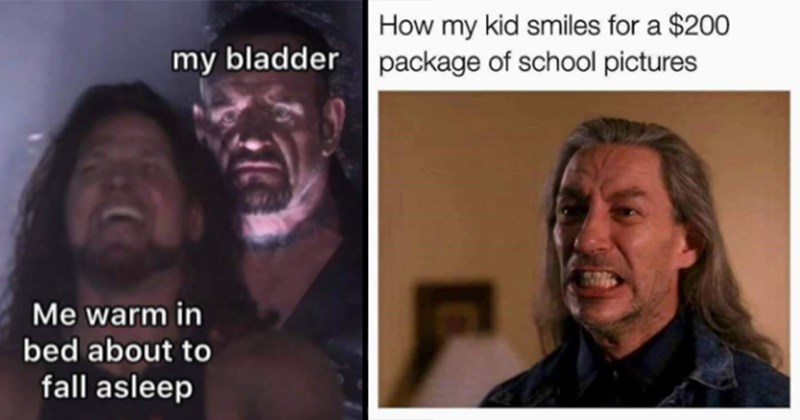 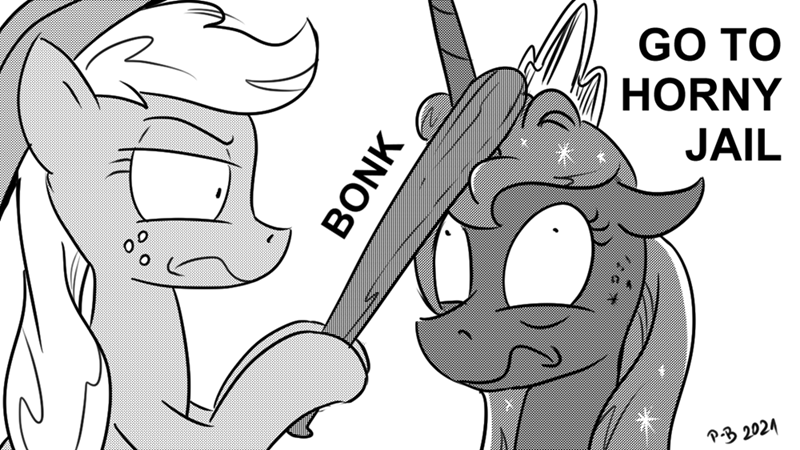 52 Laughably Relatable Memes For Anyone Who Needs 'Em

It's always nice to come across a meme that makes you laugh but also really gets you. We're all different, there's no doubt about that. We've all got our own problems and crap to deal with. But this is precisely why a good relatable meme hits like other memes don't—even though our struggles are specific to us, the struggle itself is universal. Keep scrolling for a big dose of funny memes that range from dank to comically relatable. 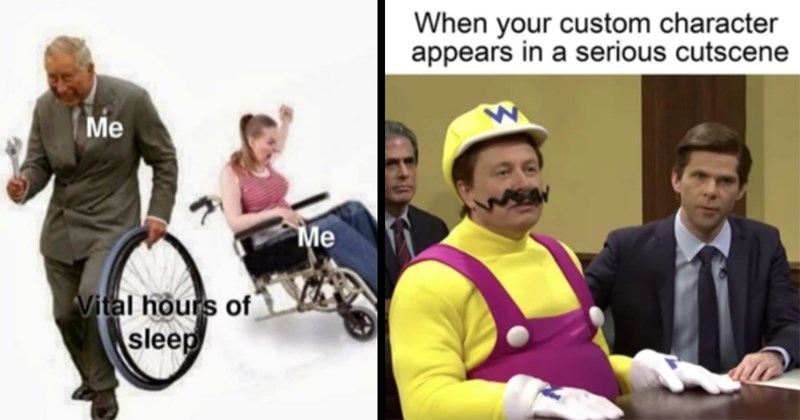 Happy day to everyone! Yes, it is a happy day!! why? You are about to find out and you are in for a delicious treat. if you are a pug owner, you are more than familiar with the amazing thing that is the face of a pug; incredibly shmooshy and cute. what could be better than shmooshy pug faces you may ask? Shmooshy pug faces +memes!! this wonderful combination is delightful and hilarious.

Dogs are super talented at making us humans smile. Much like all their doggo brothers and sisters of other breeds, pugs are no exception to this standard. From good sneaky boys to beautiful lazy girls, we've compiled a wholesome and adorable list of pug memes purely for your enjoyment. These cuties deserve allll the attention and laughs!! 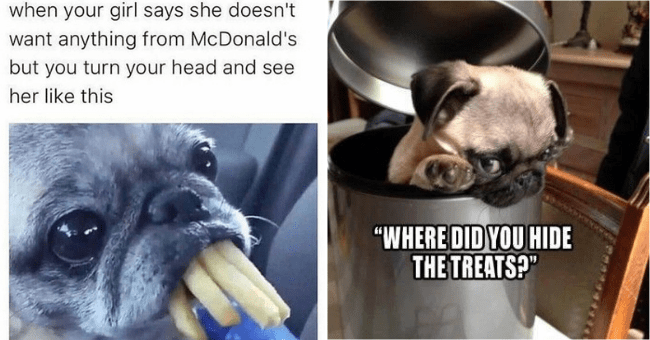 A Selection Of Memes Both Weird & Funny

What up, meme fanatics! To celebrate being (almost) done with another hellish day on planet Earth, we've put together another fine assortment of memes, tweets, and total weirdness. Most of them are funny, some of them are bleak, but they're all a worthy way to distract yourself from another dull and meaningless day. 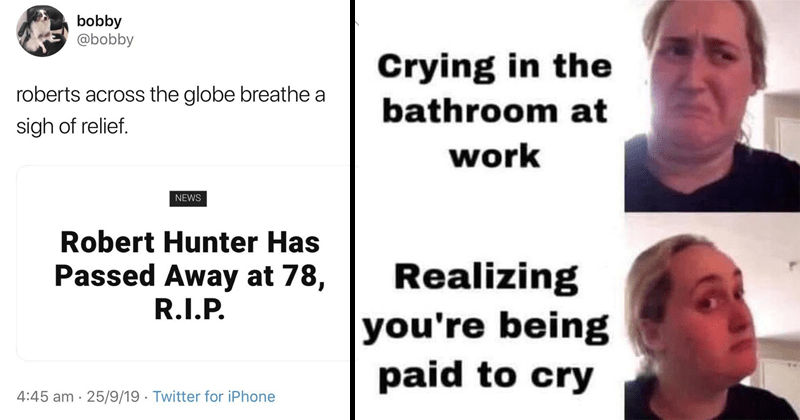 Historical Memes For The Knowledge Seekers

Knowing history won't guarantee you a good job or even friends, but it will give you a whole lot of things to fill awkward silences as parties. Hopefully these history memes are enough to satiate the most hungry of minds. Remember, knowing history won't stop history from repeating itself, but you will be able to point it out when it happens around you. 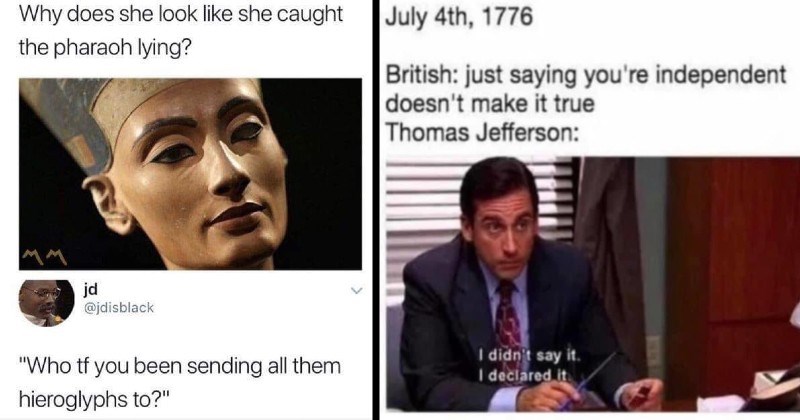 Celebrate 'Clean Your Room Day' With These Relatable Memes

It's very interesting and suspiciously convenient that 'Clean Your Room Day' is the day after Mother's Day. The unofficial holiday has been gaining traction on the internet, and we can tentatively report that no, the moms of the world did not invent the celebration to manipulate their spawn into doing their chores.

While we may drag our feet when it comes time to KonMari our rooms, it's pretty much a fact that tidying ones space is not just aesthetically pleasing - it's good for your mental health. Or, you know, whatever's left of it. Having a clean space often leads to having a clear(er) mind, and with all the garbage happening around the world, we need all the mental solace we can get. That said, we're opting to celebrate this day by begrudgingly rehoming the 32 cups on our nightstand and scrolling through memes for clean freaks and slobs alike. 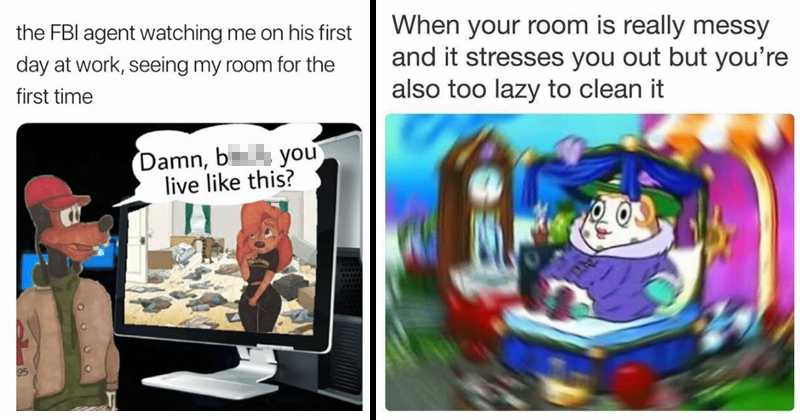 2021 is clearly much different than 2020, and everyone should be very grateful we've finally seen some big changes. God knows the world needs it. But some things will probably always stay the same, such as men's wonderous ability to piss women off. New year, new you, but same old men. To celebrate the things that never change, here are a batch of memes that say everything women feel when it comes to the men who disappoint them on the daily, even when they're trying not to. 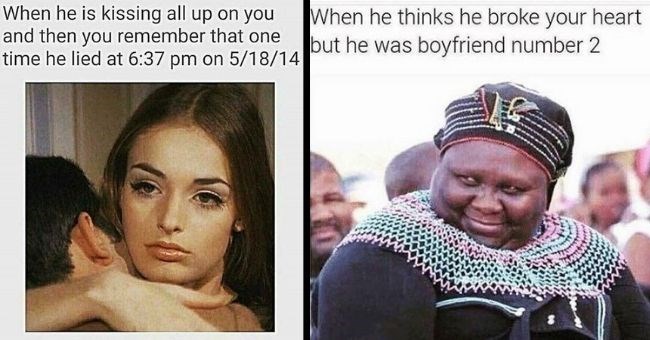 The plight of boredom is very much alive within many of us humans. 2021 is shaping up to be another year of staring at the wall, experimenting in the kitchen, and a whole lot of TV. While we wait for the agonizing boredom to stop, it's important to add a little fun to your day whenever possible. For some people, that might mean listening to a podcast or reading a book. That's too intellectual for our liking. Instead, we prefer to mindlessly scroll through memes that make us exhale a little harder, or, if we're lucky, actually laugh out loud. We're sure there are plenty of people that might scoff at the frivolous act, but we're owning it. And we have memes in case you want to own it to. 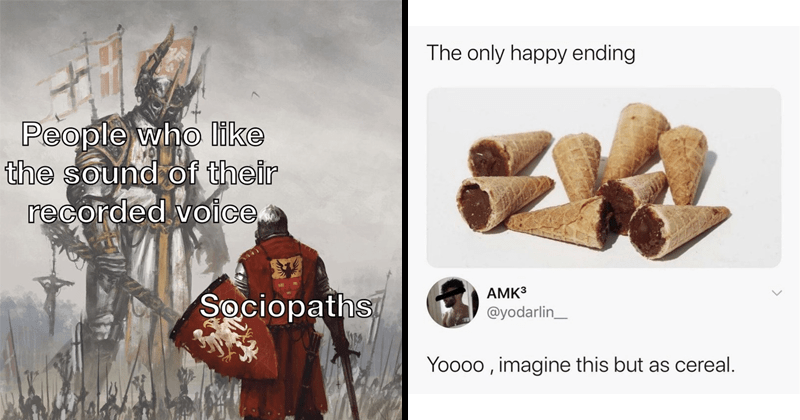 It appears that memes are taking over the economy. If you've been keeping up with the GameStop saga and the rise of DOGE, by now you're probably well aware that bitcoin reached its all-time high of $48k early this morning. While bitcoin has been powering through its ascent for over a decade now and is certainly no meme stock, we can't deny that this forceful crypto rally may at least be loosely connected to the recent Reddit short squeeze meme schemes. Elon Musk has not-so-subtly been hyping both dogecoin and bitcoin for months—mysteriously putting 'bitcoin' into his Twitter bio, retweeting ridiculous pro-dogecoin memes, claiming that dogecoin is 'the people's crypto'—even Snoop Dogg (aka Snoop Doge) got in on the hype. But it all came to a head when Tesla announced its purchase of $1.5 billion worth of bitcoin on Monday. It didn't take long for the price of bitcoin to skyrocket to the moon.

But how much further can bitcoin go? As more and more institutions adopt bitcoin as a legitimate form of currency, the plebs are wanting in, but many are wondering if they're too late. In retrospect, one could say there was never a bad time to buy bitcoin. Remember when one coin cost $9k a year ago? To be honest, I personally thought I was too late then. Now look at me. But obviously hindsight is clear as day, and the future of bitcoin is still foggy for those of us who need blockchain technology to be fully demystified before we can 'YOLO' our life-savings into cryptocurrency. If there's one thing we do know for sure, it's that the inherently viral nature of memes has shown to be a useful tool in pumping crypto. Just as r/WallStreetBets rallied to pump the GME short squeeze, subreddits like r/SatoshiStreetBets have been hyping altcoins like DOGE in order to raise the price floor. Some brush off dogecoin as a bubble or pyramid scheme that only functions as a pump and dump rather than a viable currency, but skeptics said the same thing about bitcoin in 2009, so who knows?

We can't say what the future holds for bitcoin, but we can offer what we know best—memes. We've got some amusing bitcoin memes and tweets both old and fresh for anyone who's either curious about crpyto for the first time or obsessive about checking those candlesticks every two minutes. 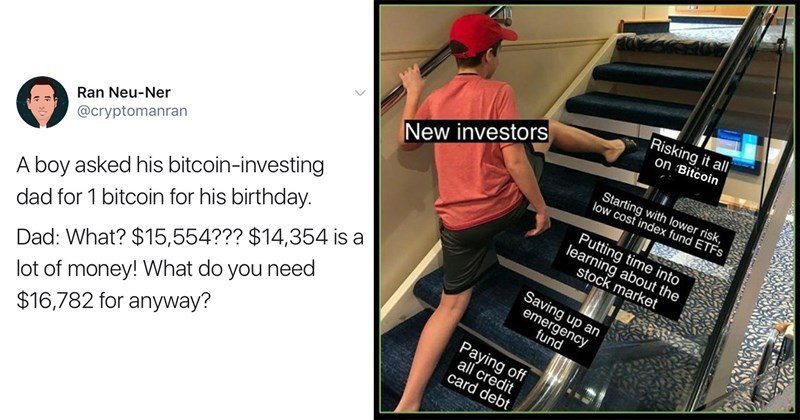 Good morning internet friends. Ready for another round of silly memes and other dumb content? When boredom strikes, it's good to have some mindless entertainment handy. Don't let the negative thoughts seep in. Hold off on checking dogecoin for two seconds. Instead, why not add a few chuckles to your morning routine before plunging back into the grind? You'll thank us later. 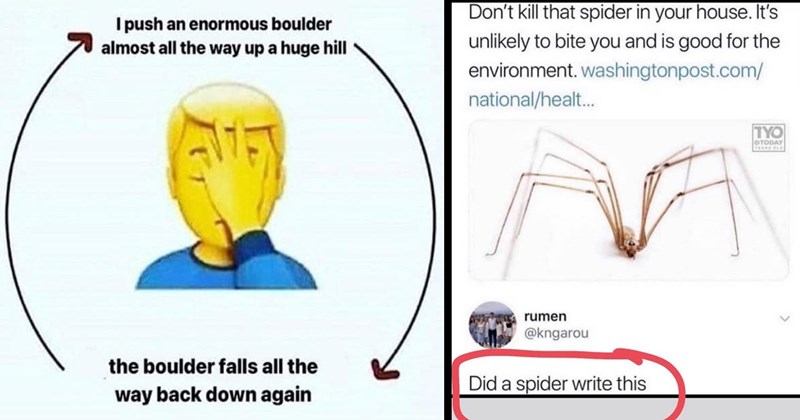 A wise one once said, 'a meme dump a day keeps the boredom away' and we couldn't agree more. Even when you're at your absolute laziest, at least you know funny content is just a click and a scroll away. And if you're too incapacitated by your own inertia to keep scrolling, then we can't help you there. But if you're able to muster up that last bit of motivation hiding somewhere behind the sadness, we've got a fine offering of memes to get you through. 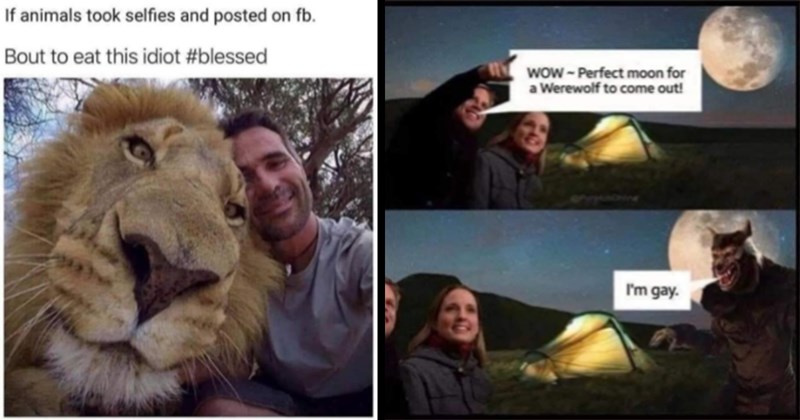 Philosophical Memes For The Deep Thinkers

What is the meaning of life? We don't have a f*cking clue. But these memes are for anyone who likes to ponder the why instead of just complaining. Whether you studiedPhilosophyin college (and are now jobless and penniless) or consider yourself an intellectual, these memeswill probably resonate with most of you. And hopefully will leave you feeling a bit more optimistic about it all. 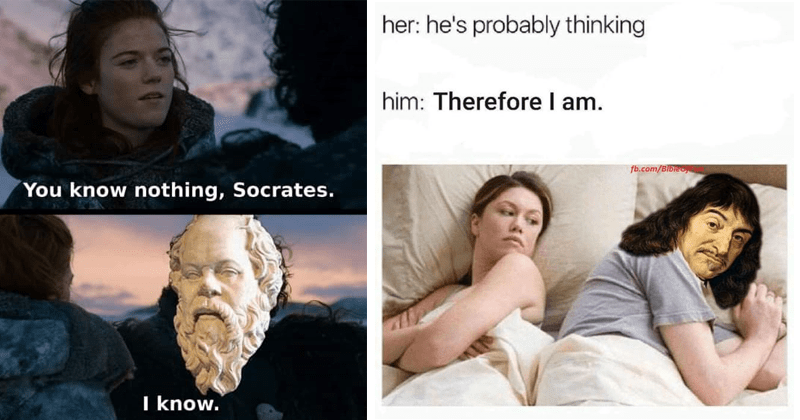 Things That Were Nice About Pre-Internet Times